From the moment we arived it was clear why it's called "The city of light", because even in the middle of winter, during the day you could walk without too much winter clothes on and of course sunglasses. There it was, Ohrid...beautiful day, lake shores, sun was shining and not one cloud in our view.
Now a few interesting facts about the city and its history...

The city of light

Large town in southwestern Macedonia, located on the shore of Lake Ohrid. A town of vast history and heritage, it was made a UNESCO heritage site in 1980. It is one of the oldest human settlements in Europe. Built mainly between the 7th and 19th centuries, it has the oldest Slav monastery (St. Pantelejmon) and more than 800 Byzantine - style icons dating from the 11th to the end of the 14th century. After those of the Tretiakov Gallery in Moscow, this is considered to be the most important collection of icons in the world. Ohrid`s architecture represents the best preserved and most complete ensemble of ancient urban architecture of this part of Europe. Slav culture spread from Ohrid to other parts of Europe. Seven basilicas have thus far been discovered in archaeological excavations in the old part of Ohrid. These basilicas were built during the 4th, 5th and beginning of the 6th centuries and contain architectural and decorative characteristics that indisputably point to a strong ascent and glory of Lychonidos, the former name of the town.

Nestled between high mountains up to 2800m and Lake Ohrid it is not only a place of historic significance, but also of outstanding natural beauty. Ohrid is the jewel in Macedonia`s crown. Special emphasis regarding Ohrid`s traditional local influence can be seen among its well-preserved late-Ottoman urban residential architecture dating from the 18th and 19th centuries. The limited space for construction activities has led to the formation of a very narrow network of streets.
The convergence of well-conserved natural values with the quality and diversity of its cultural, material and spiritual heritage makes this region truly unique.
Ohrid is the largest city on Lake Ohrid and the eight-largest city in the country with over 42000 inhabitants as of 2002. It is also notable for once having had 365 churches, one for each day of the year, and has been referred to as a "Jerusalem of the Balkans".

Bay of bones - Museum on water
Ohrid was enriched with another cultural and historical landmark as well as tourist attraction - Museum on Water. Close to Ohrid town, just 13km from Ohrid`s main square, an exceptional archaeological complex, which is one of a kind in the region. On the southern coast of Gradiste Peninsula in the Bay of Bones, a pile-dwelling settlement has been erected, which in the past was
spreading at a total surface of 8500m2. Bay of Bones is an authentic reconstruction of a part of the pile-dwelling settlement, dating back between 1200 and 700 BC. A Roman military fortification (Gradiste) has been reconstructed on the hill above the Bay of Bones simultaneously with constructing the pile-dwelling settlement and the Water Museum. The walls of the hill near Gradiste. The Roman fortress is connected with the settlement is order tourists and visitors to be given an extraordinary opportunity to experience time travel, from prehistoric to ancient times and vice versa.

Little more about Ohrid...
In Biblical Macedonia, every path leads to Ohrid. The person coming to Ohrid is at first amazed, and afterwards, deep within his soul, bows to its marks, which simply encourage you to understand or maybe to wonder – why certain places have been chosen to be different, praised and unique in the whole world.

The ancient Lihnidos, whose fortress is mentioned for the first time by the historian Livius, way back in the third century B.C. According to explorers, this is where apostle Paul has resided on his journey dedicated to teaching and spreading the faith in Christ.
Ohrid is the center of Christianity for all Slavs, an archbishopric seat, a seat of schools and universities, the first ones in this region, and even further. Today Ohrid remains a center of archaeological sites and discoveries.

Close to city of Ohrid there is big monastery complex called St. Naum, named after the medieval priest Saint Naum who founded it. It is situated along Lake Ohrid, 29 kilometres (18 mi) south of the city of Ohrid. 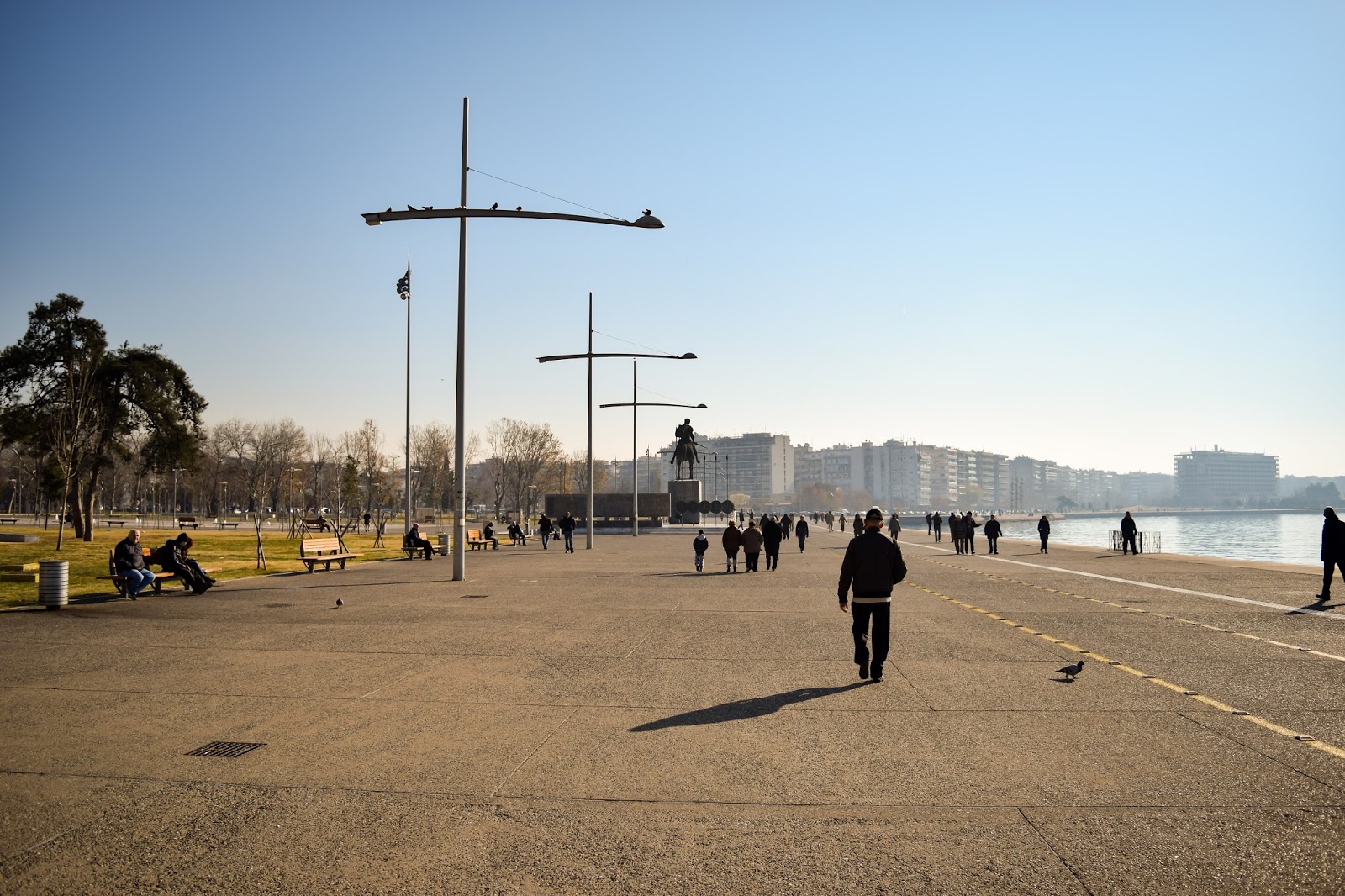 Visit to Thessaloniki during New Year's holidays... Docks - Thessaloniki Just two days for visiting city of more than 1 million inhabitants, impossible task? We have planned a tight itinerary, with little of everything. Stroll through the city center, nigh out in one of many great local coffee shops and clubs, next day more walking down the docks, lunch in local restaurants and a long shopping evening, after which we go on return trip home.
Read more

Sunday visit on the 1st of january to St. Naum... One of the nicest monastery complex in the region. It has been very crowded, even in the morning on the first day of the year. Lots of people come to visit this place through the year, because of it`s beauty and cultural heritage. Built by the St. Naum of Ohrid himself, it was established in the Bulgarian Empire in year 905. St. Naum is also buried in the church. Panorama of entrance to the monastery complex - St. Naum
Read more