Just two days for visiting city of more than 1 million inhabitants, impossible task? We have planned a tight itinerary, with little of everything. Stroll through the city center, nigh out in one of many great local coffee shops and clubs, next day more walking down the docks, lunch in local restaurants and a long shopping evening, after which we go on return trip home.

Little about history...(scroll down to skip history part)

Thessaloniki is the second largest city in Greece and capital city of Central Macedonia's administrative district, also familiarly known as Thessalonica or  Salonika. Its nickname is η Συμπρωτεύουσα (Symprotévousa), literally "the co-capital", a reference to its historical status as the Συμβασιλεύουσα (Symvasilévousa) or "co-reigning" city of the Eastern Roman (Byzantine) Empire, alongside Constantinople.

The city of Thessaloniki was founded in 315 BC by Cassander of Macedon. An important metropolis by the Roman period, Thessaloniki was the second largest and wealthiest city of the Byzantine Empire. It was conquered by the Ottomans in 1430, and passed from the Ottoman Empire to modern Greece on November 8, 1912.
Thessaloniki is home to numerous notable Byzantine monuments, including the Paleochristian and Byzantine monuments of Thessaloniki, a UNESCO World Heritage Site, as well as several Roman, Ottoman and Sephardic Jewish structures. The city's main university, Aristotle University, is the largest in Greece and the Balkans.


Enough history, back to holiday part...

We have arrived late afternoon by car, found our hotel pretty easy, parking was little more difficult. Hotel was in central part, near Central Train Station, about 12 minutes of walking from both Thessaloniki Train Station and the Central Aristotelous Square, and 1 km from the Hagios Demetrios church. It's an area with a lot of traffic, so you should ask where you can park before you come here. There are a few private parking areas that charge from 10 up to 20 euros per day, and are safe to park without need to worry.

When you plan to visit Thessaloniki for two or three days this area is perfect to stay in. You can chose form one to five star hotels. Markets and local shops are near, but the most important, you are in a walking distance to clubs, bars, walking paths, and many historical monuments.

As I already said, we have arrived late so right after lunch we went to walk. Beautiful view greeted us on the coast, which stretches for kilometers as long as the eye can see. Along the coast are many cafe shops, full with tourists all year long.

Next to the cafe shops we came across a multitude of fascinating shop windows that steal your attention. Most of the time on our walk we were so excited, like: "Look at this, look at that"... So let me just show you few more photos...


The next day, right after breakfast we continued our tour of the city. Weather was great, warm with almost no clouds in the sky even in january. Breakfast and morning coffee done, a little stroll down the docks, we went to see Hagia Sophia Square and the Cathedral along few other old historic monuments, that Thessaloniki is full of.

An inevitable part of a visit to Thessaloniki is shopping. Around lunch time we went to "Mediterranean Cosmos" shopping center, which is one of the biggest of it's kind in this part of the country. A large selection and good prices offer you plenty of distractions. Later we visited few other outlets like "Mega Outlet Store" and "JUMBO". All in all a great day, and also long one. From early morning until late night we were walking, shopping and doing many other interesting things, but it was time for trip home.

Conclusion...
Definitely fantastic city. Worth seeing! Lots of fun thing to do and occupy yourself with. From long coast, docks where you can take a walk and enjoy the sunshine, with parks and interesting buildings that surrounds them, to the many historic buildings, monuments and churches.
Thessaloniki is the city that can be visited any time of year and you wont be disappointed!

Until next time, thank you for reading! Please like, give a comment or follow us on social media if you like the content!
Aegean Sea architecture city culture destination Greece history holiday new year park port sea shopping Thessaloniki tourist UNESCO vacation winter
Location: Thessaloniki, Greece

Sunday visit on the 1st of january to St. Naum... One of the nicest monastery complex in the region. It has been very crowded, even in the morning on the first day of the year. Lots of people come to visit this place through the year, because of it`s beauty and cultural heritage. Built by the St. Naum of Ohrid himself, it was established in the Bulgarian Empire in year 905. St. Naum is also buried in the church. Panorama of entrance to the monastery complex - St. Naum
Read more 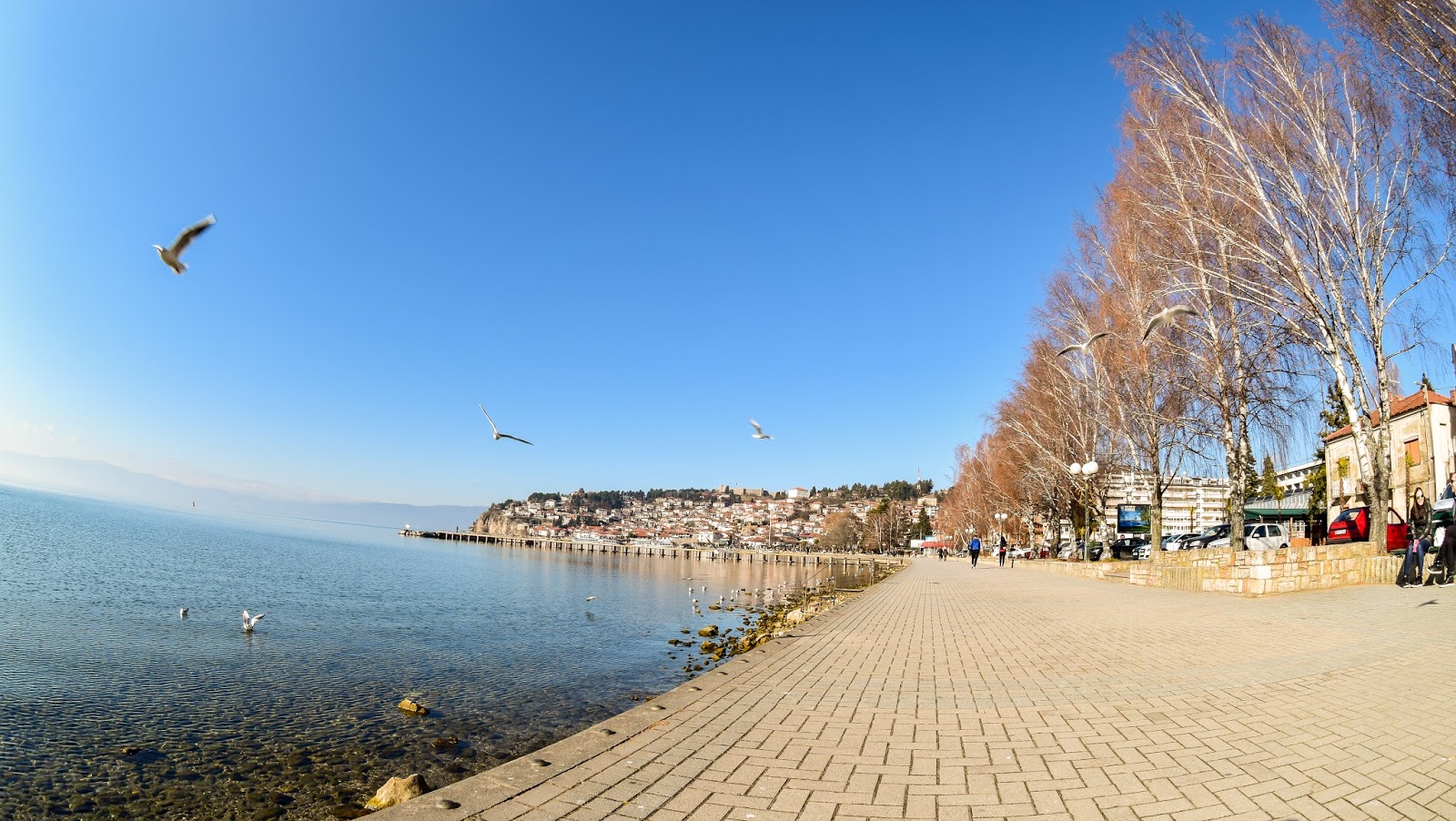 New year's visit to a stuning place, with lots to see and do, city of Ohrid. Dock on lake shores - Ohrid From the moment we arived it was clear why it's called "The city of light", because even in the middle of winter, during the day you could walk without too much winter clothes on and of course sunglasses. There it was, Ohrid...beautiful day, lake shores, sun was shining and not one cloud in our view. Now a few interesting facts about the city and its history...
Read more